What in the whomp? 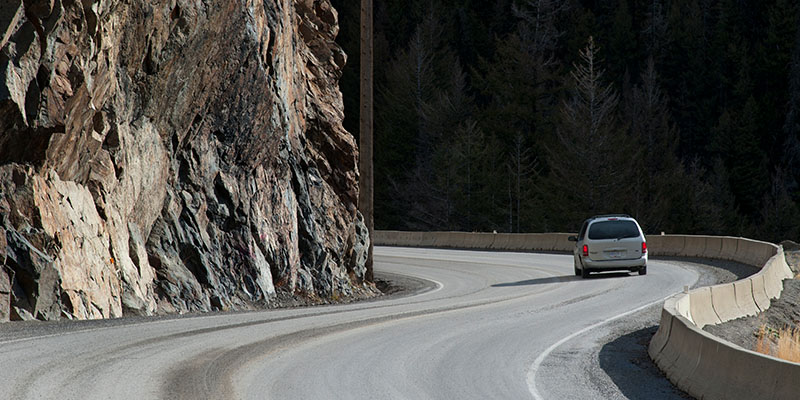 We’d been living in Northern BC for a few years and were in the process of returning to our house in the Lower Mainland. We’d made the trip many times over the years, usually without any incidents. On one of these trips though, we were rolling along nicely as we made our way south down Highway 1 through the Fraser Canyon. Somewhere between Lytton and Boston Bar, my wife suddenly says:

“Did you hear that noise?”

This was quickly followed by the unmistakable “whomp whomp whomp” sound. The road in this section is quite narrow with winding shoulders, but there was a spot just ahead that looked safe enough to pull over to inspect the damage. Sure enough, the front right tire was flat and there was no way we could continue. I took out my cell phone and my BCAA Membership card, called the number and very soon had an operator helping us out. She kindly said that due to us being on a major highway and in a dangerous location, she would make our call a priority.

It was only a few minutes later when a tow-truck arrived, and we were towed to a repair shop in Boston Bar. The guys in the shop were very busy but our tow-truck driver had a quick word with them and one of the mechanics came over and said he’d fix us up and have us on our way in no time, which he did. Overall, we were delayed less than an hour in total after our incident, which would have been a whole different story if we hadn’t had the assurance of knowing that BCAA was there to help us when we needed it.


Share your #BCAASavestheDay story and you could win a $50 eGift Card to one of our Rewards Partners. To submit, tag your story on social media with #BCAASavestheDay or email us at bcaasavestheday@bcaa.com.