BC Spotlight: Lund and Beyond

It’s where peaks and rock bluffs give way to secluded lakes and old-growth forests. And where twisted Arbutus trees keep watch along sculpted shorelines. Literally at the end of Hwy. 101 on BC’s upper Sunshine Coast, the seaside village of Lund was originally called Klah ah Men, or Place of Refuge, by the Tla’amin people. Around this natural harbour, they have hunted, fished, gathered, traded and told stories for thousands of years, as have the Klahoose and Homalco Nations in their neighbouring territories. By the early 20th century, Swedish settlers had named the sheltered townsite after a university city back home, and logging and fishing fuelled the new economy. Over the years, the remote coastal outpost would attract free spirits, American draft dodgers and those simply looking for a new way of life. Sweetening the deal was the knowledge that Lund sits on the doorstep to panoramic Desolation Sound and its calm, sea-life-rich waters. Now home to about 300 year-round residents, Lund and the surrounding area provide easy access to parks, trails and beaches. Meanwhile, the laidback vibe and local culture have given rise to one-of-a-kind businesses – including, most recently, the province’s newest Indigenous-owned eco-retreat.

Room
From Lund, it’s a 45-minute boat ride up the coast to the newly reimagined Klahoose Wilderness Resort, in tranquil Desolation Sound. This all-inclusive eco‑retreat, now owned by the Klahoose Nation, enthralls with immersive stays in a cedar lodge or private cabins. After a day of grizzly bear viewing or cultural touring with an Indigenous guide, guests sit down to plates of locally sourced sockeye salmon, halibut and sablefish. Back in town, one of the best places to stay is The Village at Klah ah Men (though closed this summer due to the pandemic). Formerly known as the Historic Lund Hotel, and recently transformed by the Tla’amin Nation, it features Indigenous artwork in every room. For a quirky, budget-friendly stay, the Magical Dome vacation rental brings fairytales to life with its curved lines and woodland setting. 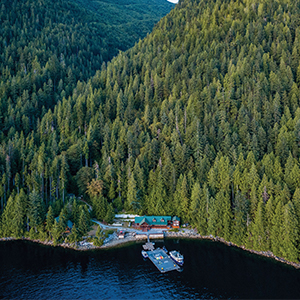 Check COVID-19 advisories, and only travel when it’s safe to do so.

Roam
Getting out on the water is a given here. Local operators run guided kayak and boat tours to islands, bays and inlets filled with seals, porpoises, orcas, humpbacks and eagles. New this year is Footprint Kayak & Hike Explorations’ two-day Birding by Kayak Tour to the Copeland Islands. A short water taxi ride from town, bike-friendly Savary Island beckons with white sand beaches, and the warmest Pacific waters north of Mexico. On the mainland, the 180-km Sunshine Coast Trail calls for day trips and overnight treks – complete with sweeping Salish Sea views from Manzanita Bluffs. 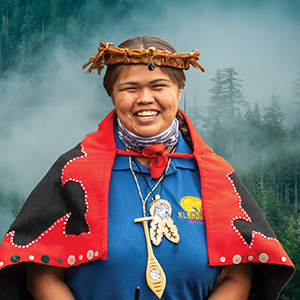 When you start travelling outside BC again, BCAA Travel Insurance will be there for you, with 10% savings for Members.

Refuel
Foraged ingredients meet Coast Salish-inspired recipes at the 101 Bar & Grill in The Village at Klah ah Men (which is open despite the temporary hotel-side closure). Always on the menu are freshly caught seafood and classic pub fare – best enjoyed on the spacious patio with marina and ocean views. Steps away, at Nancy’s Bakery, locals and tourists alike come for the signature blackberry cinnamon buns and stay for lunch. Farther along the harbour, The Boardwalk Restaurant serves up seasonal, mostly gluten-free dishes, like fish ’n’ chips, seafood chowder and tacos, alongside gorgeous sunsets on the patio.