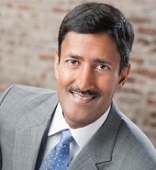 BCAA is pleased to announce the appointment of Shom Sen as President and CEO. Shom brings a unique perspective to the role, having served as Interim CEO since December and as a BCAA Board Member for six years.

Shom has a wealth of highly impressive business experience. He is a recent recipient of the first Jack Wadsworth Fellowship from Asia Society (New York). During his fellowship, he focused on U.S.-Asia trade relations, and also on food security and innovation. A seasoned marketing and strategy professional, with 20 years' international experience, primarily in the U.S. and the Asia Pacific region, Shom is a former Assistant Deputy Minister of International Trade and Investment Attraction for the Province of British Columbia. In this role, he had responsibility for international market development, investment attraction, export development, trade policy, strategy and operations.

Prior to this position, he was Vice President of Strategy and Business Development for Kraft Foods, Asia Pacific, where he was responsible for development of the strategic plan, and driving mergers and acquisitions regionally. He also worked as a member of the core team on a highly successful multi-billion dollar global acquisition.

During his career, Shom has held senior positions with Royal Dutch Shell and Sara Lee Corporation in Asia and the United States. He is a graduate of the University of British Columbia and Harvard Business School, where he earned a Master of Business Administration. Most recently, he completed his ICD.D accreditation from the Institute of Corporate Directors.